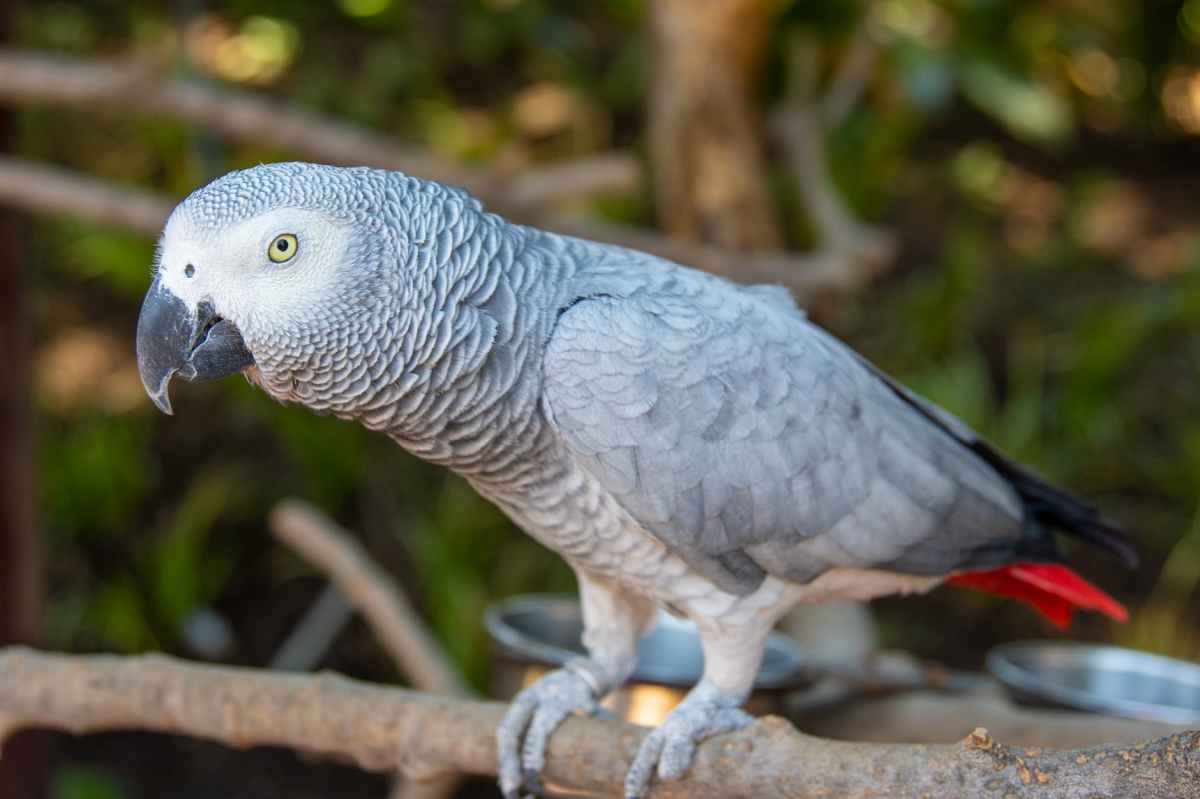 I can’t get this news story about sweary parrots out of my head. Lincolnshire Wildlife Park has had to separate five African Grey parrots after they started swearing too much, egging each other on to tell people to F off and then laughing.

I think these profanity-spouting birds illustrate a process that we see more widely, to lesser degree in traditional media and to a great degree in social media. (It’s also closely related to some recent steps forward in AI, but I’ll leave that mostly aside in this post.)

Many parrots are good mimics, and African Greys are particularly good at it. And they have a widely-known tendency to get potty-mouthed and say completely outrageous things.

How come? Why would a bird do that? They are highly intelligent, for birds, but it really isn’t that they want to insult people and say awful stuff because they’re deep down horrible. We say people are “parroting” something to mean they don’t understand it and are merely mimicking the noise, and we can be pretty sure that’s the case for our actual parrots here.

I think this sophisticated awful behaviour – or perhaps more precisely, this awful behaviour that appears sophisticated – is the result of the interaction between two components: a generative one, and a selective one. (If you know about AI you’ll see where my mind is going.) The generative component is the parrot’s ability to mimic what it hears. The selective component is the parrot’s ability to pick up on social cues and choose things to mimic that reliably get a reaction and attention from people.

Having a parrot pipe up unexpectedly and drop an F bomb will, indeed, reliably get a reaction and attention from people. So our smart-enough parrot tries mimicking things it hears, and when it gets a reaction, mimics that thing more often in future. And that often means persistent cussing.

This type of feedback loop is immensely powerful. We can see it in lots of places. Toddlers do it. Teenagers do it. And adults do it in the media.

Do we see this in traditional media? Oh yes. We have as the generative process the efforts of a whole creative media industry, and the selective process is complex and multi-layered, but what gets a reaction and attention is a large part of it. Media organisations are desperately concerned with audience. Some of what draws an audience is good, but terrible things can also be a substantial draw.

‘News values’ – what the news prioritises and highlights – have been identified as potentially problematic since the 1950s. “If it bleeds, it leads” is a very old slogan. Reading the local weekly newspaper can be a bit depressing, until we remember that this is a curated list of the most shocking, lurid, and outrageous things that have happened with any tenuous connection to our area over the last seven whole days, which gives some reassuring perspective.

It’s not just news, of course. ‘Reality’ television is clearly well down this path of being rewarded for shocking behaviour.

What about social media?

Here the generative process is a much broader pool of humans composing (mostly) short bits of media, and the selective process is what generates ‘engagement’. Media platforms are optimised to bring more of what generates engagement to users, because that keeps them on the site longer and generates more possibilities for selling adverts. Users learn the sort of thing that tends to be rewarded by the platform, and off it goes in that powerful feedback spiral.

As before, sometimes good things generate engagement, but terrible things are often more reliable in prompting a reaction.

We see this in our everyday lives online. Occasionally you get lovely, uncontroversial things where somebody has done something exceptionally creditable or particularly cute. But more often you get conflict, hostility, and outrage. And some extremely dark stuff can be amplified by the process.

Mr Zuckerberg has sometimes defended Facebook as merely holding up a mirror to humanity. It’s not a mirror, it’s a feedback process that is vastly more powerful. A nuclear chain reaction is perhaps a better analogy. It is possible to harness that power for good, but it’s extremely challenging in engineering terms, and it’s much simpler just to use it to blow stuff up, particularly if it’s someone else’s job to clean up the radioactive mess left behind.

Let’s get back to our parrots. One occasionally-sweary bird isn’t so much of a big deal. The problem at the wildlife park started when they housed these particular five parrots together. One would swear and another would laugh, and with the mimic-reaction feedback, they were soon all swearing like troopers. The BBC report that the park’s chief executive, Steve Nichols, said, “if they teach the others bad language and I end up with 250 swearing birds, I don’t know what we’ll do”.

With social media, we have the human equivalent.

This isn’t a new phenomenon, and it’s not a new observation to highlight the issues with the attention economy. But next time I see something terrible getting a lot of attention on social media, I’m going to think of a bunch of sweary parrots.