Liveblog notes from Wednesday morning, 16 March 2016, at the two-day expert workshop on “The implications and opportunities of learning analytics for European educational policy”, at the Allard Pierson Museum, Amsterdam, organised by the LAEP project and the LACE project.

Garron and Jenna summarise. Garron – one point was the need for presence of teachers in the field, how to connect to their problems. Another thing was around data privacy and considerations to take in further efforts.

Jenna – a lot of talk about the human element in learning analytics, to serve processes, about more than just numbers. What do we mean by education? How does LA add to that? Student data goes beyond simple activity data, rich datasets needs. Debate – if all you have is activity data, can you still gain valuable insight? A question about what is it that we want to know, and what data do we need. What we did not talk about is also important. A lot of the focus on tools, practices, teachers. Big demographic we’re missing, the students, the people LA is supposed to serve. Big question for today, how is LA servicng them, how will they gain. Secondly, much focus on HE, a lot of us come from that so perhaps natural. It also focuses on [other areas], we should keep that variety in mind. Finally, activity in the afternoon brought good, broad suggestions, but work today on explicit policy suggestions. How do we get from ideas to policy?

From the Commission, DG Education and Culture, funding this project. Some context about why you’re here, and what will happen with the outcomes. In 2013, EC had policy communication called Opening Up Education, first to mention LA. Most member states didn’t have it on their states. Now, some countries were. It was already a field, we noticed at that time there was little understanding of how this could be in practice, no attempts to get to policy. This research task exists to provide input to policymakers. It will be a document, which will come to member states – e.g. Estonia, Denmark – what you say will reach the ministries, the Ministers, the message will be there, and go on to Commission policy. How can we bring that vision to reality, what are the policy issues we should address, what are the big questions. We should not get involved at all? Perhaps cause more harm than good if no deep understanding. You’re not just talking to researchers, you’re talking indirectly to education systems about what they should be doing. High-level messages. What should policymakers have in their minds? Usually they don’t know so much. We are all not experts, you are the experts. Important for us to understand what concerns you, what might be coming in a few years. All the issues that you see, that need to be addressed at a high level – privacy, standards. Thanks for helping us to make good policy.

Visions of the Future

Doug Clow (me) gave a presentation on the LACE project’s Visions of the Future study.

LAEP Visions of the Future of Learning Analytics from Doug Clow

We have nine case studies. Provocative, really weird. We want you to think out of the box. Hope for a heated discussion. One row on scenario 1 – one focus on role of the learner, one on teacher. Another row on scenario 2, learner, learner, teacher. Until lunch.
[This group scenario 2: Tayla Özdemir, Jan Zoetemelk.]
This is a very weird scenario. A bit dystopian. Think it’s supposed to be. Very big brother watching you. There’s potential for LA to help Tayla develop her Dutch skills. Over the years, problem here is borders between countries, qualified in one country and moving to another. We want LA to be international, free movement of people and skills, can be used wherever they are. Movement of skills and data? Would need legislation as well. The data has gone in this scenario. But if it’d been held centrally in one country … except here they’re outside the EU. Could create a training program for her, assuming willing to pay off the chip over time, could work with a social worker. LA could evaluate if she has the skills to go forward. In Germany, they have community translators, you can work as e.g. a certified medical translator. A program like that she could apply for, become a trainee to be recertified. This happens today! Recertification is a C20th idea. This is a case of someone having the skills, not the certification. In 2025, maybe there’s the previously-wired skills tests, so we can test that to be admitted, do these courses. This is already happening, with competency framework in Dutch. Language skills, she can’t afford the translator.
Self-testing, then recommender systems. Recognition of the value of diplomas. But can’t run the tests without the language. Wouldn’t it be cheaper to just give her the app? If she works as a trainee, can pay off the app, do the self-testing. Microfinance for skills assessment and translator tool. You would still want a live evaluation, field experience. Or peer evaluation.
How about increased demand for social workers, have them train in Dutch but also introduce to the system, for more credits. An intensive language course, is solving the recruitment crisis. Quite targeted language courses, need special vocabulary. A lot of field work. A local community language is then a strength. 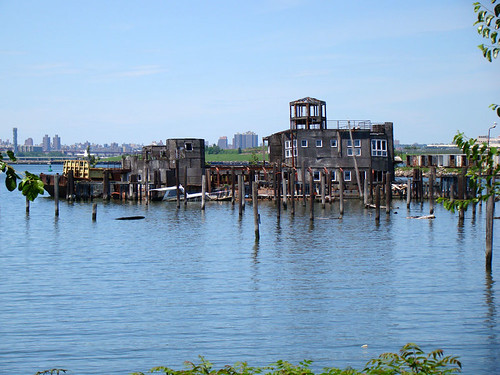 [after musical chairs exercise]
[the scenarios will be online later …]
Scenario 1: Learner – Jack Wood
We found it overwhelmingly grim. Potentially quite realistic. We went surreal in our answer. Being creative, bringing in spying agencies. It almost feels like LA is irrelevant. So many core fundamentals just wrong. It highlights the inequality, evidence to say this is unfair, student is falling behind because. But a few points – the LA could detect that this student always responds, could maybe adapt the materials. There are other things you could be doing.
I thought it was quite relevant. If the secret service have the algorithms and data, that could be outsourced and useful for the whole community. If it’s done anyway, we should embrace it for wider use. NSA have not saved lives with their data.
Policy, you could see people with poor devices, give them better. But should take steps back and think of overall policy. Access to devices, is that as core as access to heat, water etc. It may not be LA, but access to tech becomes almost a right.
Scenario 1: Teacher – Jane Philips
We got really depressed by this scenario. Someone must before class average!
Teachers could be subjected to this, but we’ll act subversive, do something else that they would like to do. Their roles are reduced here.
Not unrealistic – tutors paid at e.g. University of Phoenix about results. You can measure this stuff.
It was too much about LA, with a teacher should not mention LA, it should support what they’re doing. We should not even bother them with that.
If teacher doesn’t understand why she should be doing that, she will try to game the system.
Using marketeer language, there’s a real risk.
Scenario 2: Learner – Tanya Özdemir
Chance for policy to be changed to let people learn more widely.
Option 1, LA could be used to short-circuit recertification process putting them in realistic scenarios, comparing data with benchmarks of approved Dutch people through that, see specific areas needing training. It might take less than training from scratch.
We discussed the same route. Concept of stealth assessment. As a teacher, we do assessment, but it’s not the goal, want to train them to be good, then do some assessment. Can see how she adapts to the cases. If she does have her history, she will adapt quickly. If not, it will just take more time.
There are highly talented people coming from across the world to Europe, and we’re not using their skills.
Language is a way of thinking, they look at concepts in a different way. Not learning Chinese any more will not help us. Like Hitchhiker’s Guide to the Galaxy Babel Fish.
Scenario 2: Employer – Jan Zoetemelk
The employer has no more money, great demand, rising tensions.
Could watch behaviour in action. Problem is she has to take the implant [for translation].
What about policy?
How much different is this from smartphones now? Some have it, some don’t. It’s just not in your head.
It is fundamentally different, it’s a physical violation, you don’t need to do it anyway, there are other ways to contact your brain.
More about if we want to regulate this, why don’t we regulate it today? It’s just better quality data.
We do need to regulate. If we don’t, society will make its own mind up, people are already turning off their phone in shopping centres because of unregulated tracking. If you regulate by societal trust, you end up with extremes.
Now you have free choice to disconnect. It’s difficult to do. But the choice is the same here. It’s not a fair choice. My niece and nephew have to have a device, it has to be an iPad, at age 12. This is already happening.
What has all this to do with LA?
Analogy of Facebook – some employers ask for access to employee’s Facebook. Not about prohibiting it, but what can you use that data for. That’s can the employer request that data.
That’s an ethical question. For me personally, I care about ethics, I’m thinking about Tayla that she would love to work as a social worker but she fails in language. The first problem is how to teach her Dutch so she can interact, given the resource context. How can learning technologies support me in this attempt in teaching her?
Ethics is important part in it. We need to see the cultural aspect. Language is also about how people behave, how they think, you approach people in a different way. You would not get that from a language translator. That’s about education, social behaviour. This is not a viable solution for the problem we have right now, with refugees. We need to approach this at a different level.
At the end, we’ll discuss the scenarios, we’ll ask you to vote which ones are likely, and which ones you would hate.